Once upon a time, children of the world dreaded getting coal for Christmas as a punishment by Santa for their misdeeds. This year however, Ursula von der Leyen may well have included a request for some cobalt in her letter to Father Christmas.

Cobalt – long a metal of niche interest – now dominates political discourse, alongside other battery metals. These discussions are being driven by geopolitics and global supply chains in the context of a world that is increasingly marked by confrontation, not cooperation.

Yet perhaps von der Leyen doesn’t need to rely on St Nick for her cobalt. Europe has the capability to become self-sufficient.

In 2007, Europe had experienced a decade of rapid economic growth with no end in sight and it had enjoyed a peace dividend that came after the fall of the Soviet Union and the inclusion of ever more states into its growing Union. Steve Jobs was planning to release the first iPhone into the world and, while Tesla had announced its first car, “the Roadster”, it would not be released for another year.

2022 marked REACH’s 15th anniversary. In the decade and a half since then, Europe has experienced multiple recessions, a full-scale war has broken out on the European continent, and its supply chains have been tested time and time again, first by a pandemic and then by geopolitical confrontations.

The world around Europe has changed. And this is the crux of Europe’s problem, because Europe must now change to meet the challenges of a shifting world, or it will find others – more nimble jurisdictions – stealing a march.

European chemicals management rules are a great example of this. While one Directorate General is desperately trying to grow European recycling and processing of critical raw materials like cobalt, private investors are reeling from a tidal wave of potential bans – either because they are not “Essential Use” enough (and what does that even mean?) or because there is a sword of Damocles hanging over every substance with a hazard classification. Investing over a forty-year horizon in this context is nearly impossible. Even if the legislation is not continued, the very proposals are already preventing Europe from investing.

The Cobalt Institute is a long-established partner of the European Union, and during 2023 we will continue to advocate for a balanced and proportionate chemicals management regime that works in Europe’s interest. 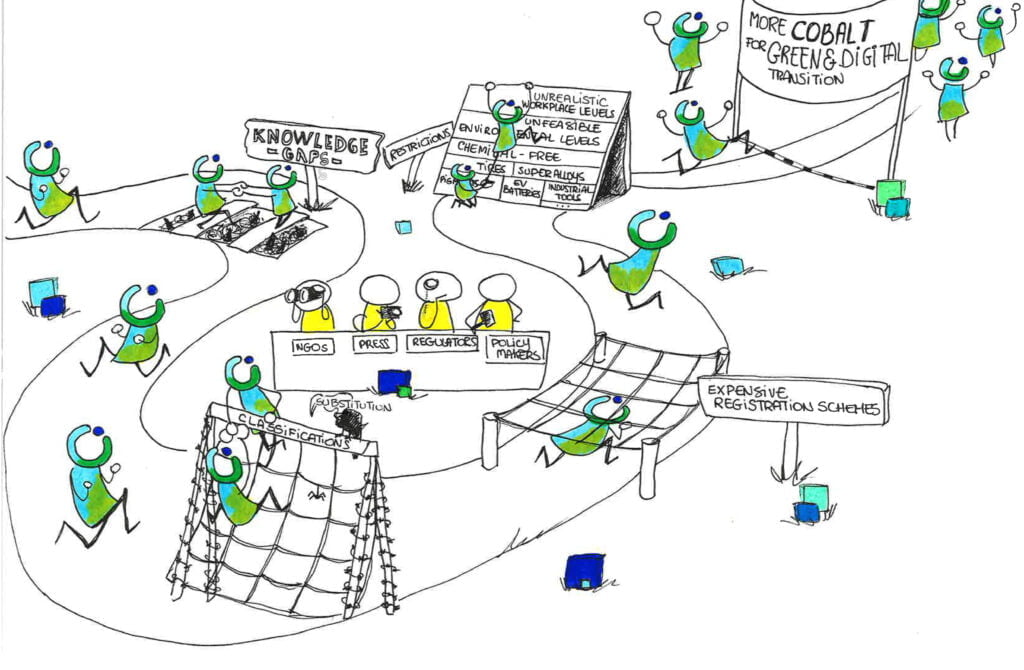