President of the Cobalt Institute, David Weight, retires after a life dedicated to the metal industry

The Cobalt Institute (CI) would like to congratulate outgoing President, David Weight, on his retirement. David is the longest serving head of the CI and will always be remembered for his commitment, achievements and positive contributions which helped make the Cobalt Institute the association it is today.

David graduated as an Applied Scientist some years ago now and has been involved with the base metal mining industry for over forty years. Following 20-years with the Zambian Mining Industry and then the Lloyds insurance market (specialising in mining risk), he became General Manager, later President, of the Cobalt Institute in 2006 and this was just another chapter of his connection with the Institute which began many years before. In 1981 when working with the Zambian mines he was involved in setting the association up with other cobalt producers and processors and sat on the Board and Management Committee for a number of years before parting company late in the 1990’s to move into different areas of mining related work.

Returning to the CI was rather serendipitous as serious health problems meant leaving the City of London and during recovery he learned that there was the possibility of a ‘nice little job’ at the CDI in Guildford, very close to where he lived. Everything fitted hand in glove, but the nice little job turned into something of a monster when realising the scale of challenges for cobalt there were! So, there began a transformation of the CDI/CI and it is now a trade association with a strong value proposition and a global reach. So, thank you David for all your hard work as the CI is nothing like the dusty old organisation that he took over! However, even more importantly his health remains good.

Looking towards retirement, David is a keen aviator and has been flying for 46-years, the highlight being competitive aerobatics in a Pitts Special aircraft and the pinnacle being the chance to fly a real live Spitfire. So, if you are in the South of England (even northern France/Belgium) there is a chance that you might see him up there when you look at the sky!

David has been married to Amanda for 38-years and has two children, Thomas and Harriet and a new Grandson, Edmund. Not forgetting Bertie, the rather odd Lakeland Terrier! So, we know he will be in very good company when he retires and we also know that he will leave a bit of his heart here with the CI, very literally because he will be around still for a little while to help with the transition to new management. We wish you David our best in your future endeavours on land and in the air! 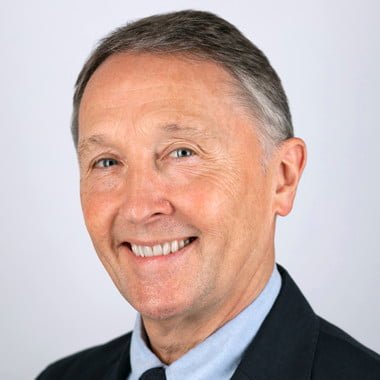