The unique physical and mechanical characteristics of cobalt ferrite (CoFe2O4) have led to many important applications in nanomedicine. Cobalt ferrite is a hard, magnetic material and has a high coercivity (4.3kOe) and a high curie temperature (Tc520°C). The material is also incredibly chemically stable and is resistant to wear, an electrical insulator and is easily synthesised. Such impressive properties has led to cobalt ferrite being regarded as a promising candidate for a large variety of different medical applications including magnetic drug delivery, radio-frequency hyperthermia and magnetic resonance imaging. In this article, we describe these exciting potential applications.

Drug delivery systems have emerged as an important area of research in the pharmaceutical industry as they promote the maximum therapeutic effect by controlling the location and the rate of release of a xenobiotic. In recent years, magnetic cobalt nanoparticles have been shown to be an effective example of a drug delivery system. Again, cobalt ferrite magnetic particles have been heavily researched and can, in combination with a magnetic field or magnetized implants, facilitate the delivery of a drug to a targeted area allowing for the medication being released and acting locally. Such systems can minimize the side effects of a drug and also vastly reduce the dosage required to elicit a therapeutic effect. The cobalt ferrite nanoparticles can also be modified by adding organic polymers to increase biocompatibility by allowing interaction with bioactive molecules.

By widely dispersing cobalt metal nanoparticles, heat can be generated and controlled. As cobalt ferrite nanoparticles have a small superparamagnetic size, a moderate saturation magnetization and a high magnetic crystalline anisotropy they are suitable for the hyperthermia application. By varying the magnetic frequency, field, moment, and particle size, the location and strength of heat generated can be controlled. The magnetic cobalt ferrite nanoparticles have been shown to resonantly react to a magnetic field causing a transfer of energy from the exciting field to the nanoparticles. A potential application of such an innovative technology may be in treating hypothermia whereby the patient’s body temperature is required to be elevated in a slow and controlled manner.

One of the most important tools in medical diagnostics is that of Magnetic Resonance Imaging (MRI). MRI technology is especially useful for diagnosing cancers and is regarded as the standard clinical test to determine the presence, size and location of a tumour. Despite MRI being effective at diagnosing stationary tumours, the technology is currently limited at imaging metastatic cancers or individual cancer cells due to limitations in resolution. In this application, cobalt nanoparticles have been shown to increase resolution due to there being a larger effect on proton relaxation and an improved magnetic resonance. Studies have also investigated the use of MnFe2O4 in MRI however the best results have been seen with cobalt ferrite. 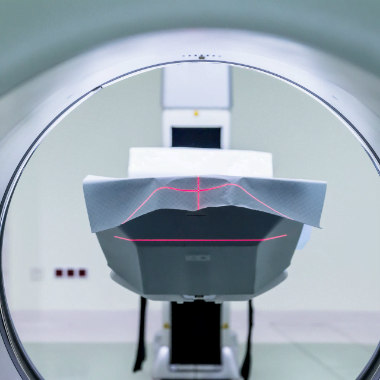