Research commissioned by the Cobalt Institute forecasts that the cobalt industry will contribute around €6.2bn per year in value addition across the EEA between 2019 and 2028 (compared to €1,886 million per year in 2010-17), with the total number of jobs in the industry expected to triple.

The recent study, conducted by Roskill Consulting Group, found that total employment directly attributable to cobalt in the EEA is estimated to rise to 85,069 jobs over the period 2019-28 from 31,176 jobs in 2010-17, an almost three-fold increase. These roles would generate substantial earnings in the form of salaries and employment benefits, amounting to a total of €5,549 million per year compared to €864 million per year over 2010-17.

Growth in value addition is expected to be driven by end manufacturing (+398%) – like automotive and electric vehicle manufacturing , and recycling (+141%), as well as direct applications (+133%) – like battery manufacturing or metallurgical alloys, –with EU cobalt production increasing by 27% compared to 2010-2017.

Commenting on the study findings, Vice President Government and Public Affairs, Adam McCarthy, said: “The findings of the report show how cobalt can be a driver of growth across the EEA in the coming decade, however we know from experience that this is not a given. These numbers will only be achieved with proportionate legislation that supports workers’ health and protects the environment, without creating unnecessary additional barriers for industry. Policies like the proposed cobalt salts restriction under REACH could put this at risk, while supportive policies under the green deal of a revised batteries directive could accelerate it.”

For more information, a summary of the study findings is available here 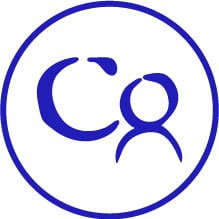